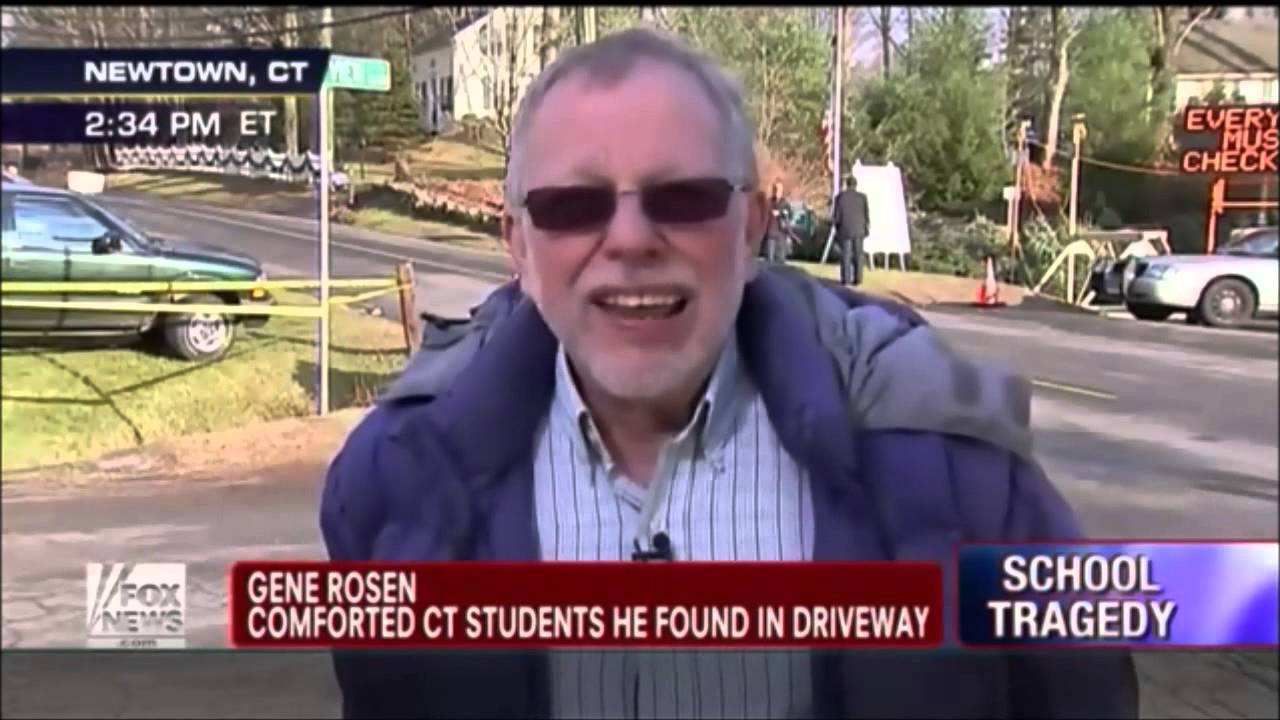 ​The daughter of a victim of the Sandy Hook mass shooting is calling on Donald Trump to disavow conspiracy theorist and radio host Alex Jones, who said this week that Trump called to thank him for his support.

Jones has repeatedly and falsely claimed the Sandy Hook shooting was staged and that no one was killed.
Erica Lafferty lost her mother, school principal Dawn Lafferty Hochsprung, in the shooting, which also claimed the lives of 20 children and five other adult at the Connecticut school.

"You've appeared on Jones' radio show, praised his 'amazing' reputation and promised him that you 'won't let him down,'" Lafferty said in a Medium post. "Now he's claiming you've personally called to thank him after the election, and will be on his show again soon. That's unacceptable."

One might think it very brave for Erica Lafferty to so brazenly keep perpetuating the myth of the Sandy Hook school mass shooting, when there is so much evidence exposing its fakery from television clips accessible on YouTube. But, of course, she's protected (damn! she's paid) by the usual government/mass media authority. Will this myth be perpetuated as far as we can tell into the future just like the lone-gunman assassination of JFK (the impossible ballistics of which are exposed directly by televised recordings) and the way the other alleged tragedies seem to be going? To name some: Orlando, San Bernardino, Oregon, Ottawa and the Boston Bombing.

Let's look at some of the hallmarks shared by Sandy Hook and the other mass tragedies that have taken place since Sandy Hook occurred in 2012 but before we move onto them, a little education in Full-Scale Exercises (FSEs) is in order.

Used in these exercises are "crisis actors", actors hired to play victims and other relevant types of people. An element of the FSE is the filming of it, known as “hyper-reality filmmaking” which, says film producer and talent manager, Nathan Folks, is a very common thing in the military where filmmakers create a “hyper reality scene” that is made as real as possible so that the military “can be well-adjusted to a real scene in Iraq or any other kind of war zone.” In a hyper-reality scene, people can see and feel and help what appears to be a real injured person, but the “injured person” is actually an amputee crisis actor, with help from a makeup artist.

Many FSEs, however, go a step further by involving the media and pretending, without ever admitting that pretence, that they are genuine events. In this case, the FSE becomes a false-flag hoax. A false flag is an event involving real deaths and injuries, staged generally by intelligence agencies to make it appear as if the event has been perpetrated by an individual or group when it reality it has been staged. A false-flag hoax is a false flag where the deaths and injuries are faked. No doubt there are false flag / false-flag hoax hybrids where some of the people said to die or be injured really are and others aren't. Also, in some awkward cases no doubt people who become unwittingly involved and get to know too much or pose a threat as whistleblowers may die too in suspicious circumstances.

What is the rationale for false-flag hoaxes? Why make people think that a horrifying event has occurred involving deaths and/or severe injuries (and in many cases seek donations from them) when it was just an exercise? (Note: Although I believe that in most cases no deaths occurred, I cannot say it with certainty but I do say with certainty all the events below were staged.)

In most of the false-flag hoaxes that have taken place over the last few years we can see a certain agenda: gun-control. But as there were 11,208 homicides by firearms in the US in 2013 why not just make a bigger deal of the real McCoy? In this video contrasting real grief of loved ones touched by a homicide with the acted grief in Sandy Hook, the real grief is so much more compelling. If you want to convince people that greater gun control is required surely it’s more effective to show real grief rather than fake? Not to mention the ethics of hoaxing your own population and the rest of the world.

The number of people who must be involved in these false-flag hoaxes boggles the mind. I fail to understand how so many people are willing to essentially perjure themselves in such a way even if they think the cause is justified.

Number of mass killings involving 8 or more deaths under the last five presidents
Note: Figures may not be completely accurate but there's obviously a big anomaly under Obama. Hmmm.
False-flag hoax hallmarks
False-flag hoaxes have certain hallmarks. These include:

Drills - this is implicit as they are essentially drills, although sometimes the FSE/drill element is not so obvious. Similar drills often occur before the event and sometimes concurrently. ​
Crisis actors (sometimes with "handlers") - As mentioned above, crisis actors are employed perfectly legitimately in Full-Scale Exercises so in false-flag hoaxes crisis actors will be present ... less legitimately. Crisis actors are not necessarily the greatest actors and will often not display the emotions you would expect, can be overawed when they're speaking with famous media people such as at-every-false-flag-hoax-event Anderson Cooper and sometimes flub their lines. For this reason, there is evidence of a "handler", someone you may hear or see who's there to help the actor and ensure they don't screw up.
Hero - There is usually at least one hero (often a crisis actor or sometimes a politician or similar willing to be in on it) and sometimes more: a person who saves lives, helps the wounded, or deals with the perpetrator/s and is hailed as a great person.
Fundraising - Fundraising pages for the victim/s or hero will be organised in super quick time and in some cases digital evidence shows that fundraising pages have been set up before the event actually happens Media collaboration to push an agenda - In the US, in the case of a number of staged events, parents of victims and others seem to be gun control lobbyists. There are speeches made in the media by the President and others about the need for gun control. In the UK, however, what might emerge from a hoax is the need for greater arming of the police. Generally, there's always some push for greater control by the state and move towards fascism. As the historian, false flag and UFO researcher, Richard Dolan, says:

The truth is fascism doesn’t look like a podium pounding demagogue. It looks like a government that can read your emails and texts at any time, that can GPS you 24/7, that propagandizes you, scares you, and tosses in the occasional false flag at you to keep you in a constant state of fear and submission. ​

Perpetrator/s - the perpetrator/s is identified immediately or very quickly and often "killed". The perpetrator is often associated with intelligence agencies and belongs to a group that tends to be demonised, for example, Muslims and anti-government militia.
Lack of expected evidence - we don't see footage we would expect to see from nearby CCTV or from witness mobile phone cameras or elements we would expect to see at the type of event involved such as medical helicopters
Information on individual events


What is going on? Are these ludicrous staged events going to go on and on forever? What's the plan?  It makes no sense to me. How long before the Countering Foreign Propaganda and Disinformation Act of 2016 transforms into something even more sinister.

I owe a massive debt of gratitude to all the YouTubers and other posters with eagle eyes who have provided me with many a chuckle in my research. I also recommend looking up Richard Dolan, historian and false flag and UFO researcher, from whom I first became acquainted with false flag hoax hallmarks.