The photos below show children who allegedly died at Sandy Hook.

On the left is a photo of the child that was displayed ​around the time of the Sandy Hook event in 2012.
On the right is a photo taken the following year at the Super Bowl.

How the perpetrators were able to get away with the psyop is that, in most cases, the Sandy Hook event photos were actually of the children when they were much younger so they're much less recognisable at the Super Bowl.

It is utterly disgusting that the children were exploited in this way.

Disclaimer: I may have matched some children incorrectly, however, some are absolutely unmistakeable. 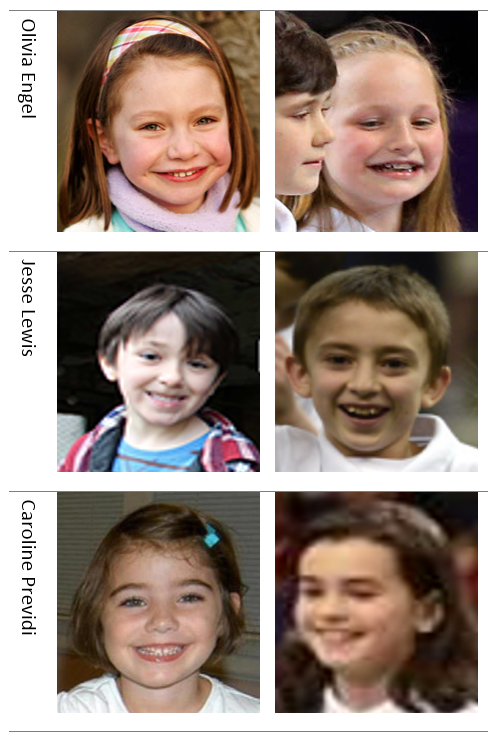 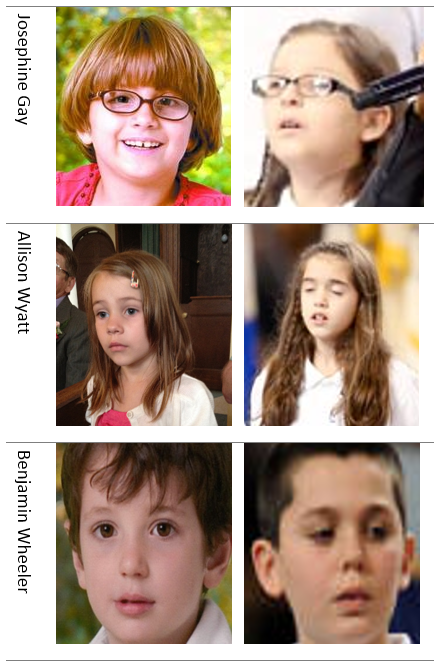 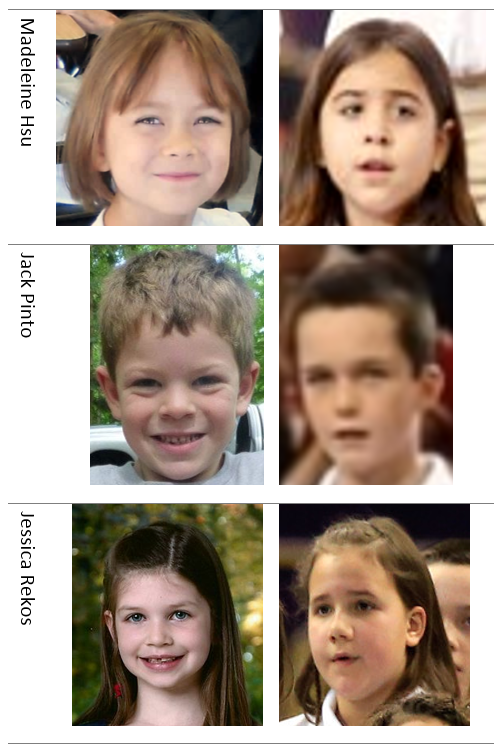